Having been in the business for a while now and I thought that I had seen it all – but I hadn’t.  Will this sudden global shutdown make people re-evaluate what’s important in life – or – will people simply go back to the way they were before? Well, I guess that depends on how long this thing goes on, but before the Covid-19 virus suddenly manifested itself upon us, the market was already becoming overheated, at least in most market sectors. I was, before the virus hit the fan, in the process of selling no less than three Motor Yachts. I rated my chances of completing them all at about 50/50 at best.

There are differences though between this and another recent crisis in 2007/2008; the last time our industry took a good swift debilitating kick between the legs, the market reeled in agony and let out an unholy scream. Suddenly the market was flooded with inventory, manufacturers went from full capacity to finishing off what they had in build, but nobody wanted or indeed could buy anyway. Both owners and dealers were over leveraged, and the slowdown was swift and brutal. I had a 26-meter Leopard ‘under-offer’, the contract had been signed a € 150,000 deposit in our client account, the deal was subject only to a sea trial and survey – it was ‘in the bag’ – I received a call from the buyer – “I want to cancel, I do not want to go ahead with the survey, I want my deposit back, if you want me to come over and waste my time, your time and the crews time to have a sea trial before rejecting it (under the usual terms of the MYBA contract) then I will – or, you can just call the owner and call the whole thing off – I do not want to buy a boat now which is worth 30% less next week.” I could not argue with him, nobody knew where the bottom of this thing was.

So why is this different? Firstly, all my three deals – though delayed, completed successfully. The pessimism (mine included) after a few weeks of lockdown largely dissapeared. Yes, buyers and sellers reflected upon their futurs – but – 2020 was not the train wreck we were expecting – in fact, a long way from that. There is not such a high volume of new and recent boats available – the reason why the market was so good at the very beginning of 2020 was a lack of good inventory. Factory output since 2008 has been for the most part, way behind the volumes recorded up until then. Secondly, marine finance is currently difficult to qualify for – all you needed prior to 2008 was a pulse or to know someone with a pulse – in recent years it has become almost impossible for self-employed buyers. So, my predictions for 2021 onwards are:

The writing was on the wall

Prior to the Covid-19 outbreak, many brokers were already living on borrowed time. There were not enough boats for sale and not enough motivated sellers. A quick review of one of the top five companies revealed of their 120 boats they were listing for sale – some were shared with other brokers, some were New Build Projects which were good for the ego, but unlikely to result in a sale, and some, frankly near unsalable boats either because of location or hugely unrealistic expectations of the sellers. If we took the remaining 70 or so yachts and discounted the 10 which were grossly over-priced and divided the remainder by the number of brokers working exclusively for them; then each broker was listing an average of 2 boats – trust me, that is not nearly enough.

In order to get more listings and sell more boats then I, as a broker, need to do more – this is what I can offer which will help buyers and sellers?

FIRE THEM – a sellers and brokers worst nightmare. Potential client to Captain: “How does she handle in terms of sea keeping?” Captain: “not too bad, so long as its calm, but she is marginally under-powered in my opinion, another 3-4 knots would be useful – you wouldn’t want to spend too much time below when its rough because of the noise, but up here on the bridge it’s not too bad – anything more than a 1 meter wave though and you are going to wish you were in a hotel!” Yes, I have heard that sentiment expressed in various forms over the years. Crew trying to hang on to their jobs until something better comes along! Do not wait until it happens before you pull the trigger.

Bank repossessed boats are cheap: Not often; banks or rather bank personnel, often have an unrealistic idea as to the value of their newly seized assets. Sometimes there is no mechanism in place to reward brokers for client introductions and often the boats have been stripped of equipment and starved of maintenance for some time before they were reclaimed.

There will be a flood of cheap boats on the market: Not true – a boat is a discretionary spend; nobody needs one. Boat owners are usually already homeowners, often have a second property and the boat is their third single largest asset. It is also a small market and the smaller and cheaper the boat the more regional it becomes. 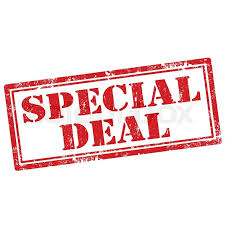