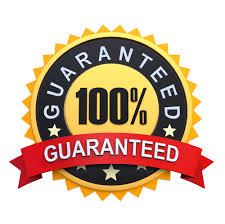 Warranty – you better believe it!

A few years ago, I was at FLIBS – The Fort Lauderdale Boat Show – after an arduous day of ‘talking to people’ and ‘walking around a yacht, whilst talking to people’ I was understandably mentally and physically exhausted. So that evening a few fellow brokers, two shipyard representatives and me, went out for dinner and then a few drinks. One of our party, Simon, used to live in Asia and would sometimes tell us of his love of Martial Arts, the mastery of which he seemed to have perfected whilst there. He told me once of how even whilst blindfolded, he could defeat no less than nine adversaries. I told him at the time that if his adversaries had been blindfolded, I too, could have expected to give them a good kicking! He then said that I was missing the point, it was he who had been blind-folded. Then he had simulated ‘kicking to death’ an adversary using special techniques which he had perfected since the moment he first drew breath from what I understood. So, it would be no surprise to you to learn that I would feel comfortable in his company, should anything ‘kick off’. That was until, of course, later that evening.

Around 10.00 PM, one of our party seemed to have taken a shine to one of the local female residents; her husband/boyfriend rather inversely seemed to have taken a dim view of this. I do not know what his mother had been feeding him, but he was so big that he cast a shadow. Being somewhat slight in stature myself and with a degree from a leading University in Self Preservation, I thought it best if we left Charlene to her existing partner and we walk out before being compelled to leave by one of the windows. ‘Chuck’ on the other hand seemed to want to take us all on, with my mind racing and only three small Bud Lights interfering with my razor sharp brain, I called Simon and instructed him to speak to Chuck and explain carefully that if he carried on in this vein then he was to ‘rip his head off and’ …. well you know how that finishes. All this was happening as Chuck was winding himself up into a frenzy, Charlene was rather fruitlessly and not very forcibly I thought, telling him to calm down.  Simon, aka Hong Kong Phooey then confessed to me that he had stopped practicing martial arts at the age of six, as he was frightened that with his temper, “I could have killed someone”. I, at that moment knew how he felt, I was in the mood at that moment to inflict unspeakable violence on him! With adrenaline pumping around my Bud Light infused veins I pulled the offending lothario to one side and pushed him out of the door, the rest of my party soon followed. Chuck and Charlene remained inside, and Simon was, and has since been, very quiet on the subject.

So, the moral of this story; some of which is based on real events, is that if you have any warranty on your yacht, from a Shipyard or Vendor, make sure it is written down, clearly understood and is signed off appropriately. You do not want a € 100,000 bill only to find Simon has underwritten it!

Some yacht manufacturers are VERY good, despite high claim volumes, often caused by third party suppliers. They are to be commended for relentlessly footing huge bills for Warranty works. It is one thing for a manufacturer to replace free of charge a delaminating tank or one that is becoming useless because of the interior coating coming off. It is another thing to pay for extended shipyard periods, the removal of interior furniture and to cut large holes in the floor before replacing the offending tank and making good. When buying a used boat; I would advise not to skimp on the Survey or Surveyor – like brokers and lawyers and chefs and cleaners and drivers they are a mixed bag – experience does count as does reputation and as do the ethics the company they represent.

There is little point when clients have the confidence in you and the brand – to have that undermined by poor after-sales service. Client’s expectations should be exceeded. We had a case recently on a new Ferretti Yacht where a client’s running gear was being mysteriously ‘dissolved’ – the technicians went and tested the boat with an increasing level of both anxiety and sophistication of electronic devices. During the third visit the mystery was solved; it was ‘leakage’ from the boat next door; which was not there during thier first two visits. So the Ferretti After-Sales Department sent the client a huge bill for 3 x visits with Technicians using specialist equipment! — No, of course they didn’t – they supplied all new parts free of charge which their neighbour paid to have fitted. Naturally there were no charges for the call outs or the Technicians either. A happy ending and a satisfactory conclusion for all – I have sold new boats for manufacturers whose After-Sales/Warranty department is best described as ‘chaotic’ and every year they devise increasingly clever ways of limiting the amount of claims; so the dealer/distributor is left with the choice of compromising on service and losing clients or footing the shortfall themselves.

If you would like to discuss finding a new boat, choosing a Surveyor or any warranty queries or selling your exisiting boat, do not hesitate to get in touch.