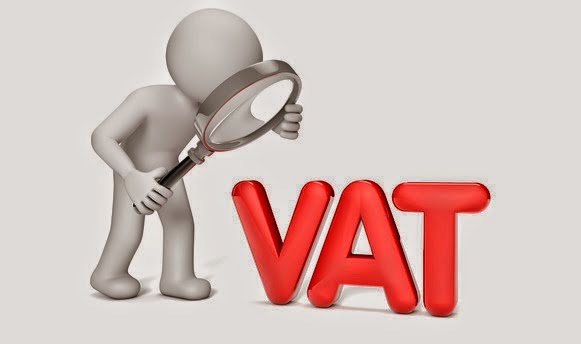 This is a thorny subject and many deals by many brokers and private individuals have been broken by insufficient proof of VAT being paid and not reclaimed. Owners, Brokers, Lawyers and Company Administrators all need to pay special attention to getting good documentation.

VAT on yachts is a broad subject and each EU country has subtle differences in how VAT is looked upon although the treatment should be the same throughout the EU. One of the many reasons why a buyer might consider engaging the services of a broker as well as a lawyer is to ascertain the VAT status of a yacht. Even if the yacht is advertised as VAT paid this might not necessarily be the case.

Whilst primarily concerned with EU and UK based yachts it’s also important for non EU buyers to understand the basics of EU VAT particularly if a VAT paid yacht is sold outside EU waters. We have also got Brexit to consider but that really is a thorny subject and one I will leave until we have more clarity of what Brexit actually means.

I am going to use the UK as the primary example in my VAT missive but we have a good knowledge of all EU VAT scenarios. Whilst this missive is by no means all-inclusive and is in no way offered as a complete guide it can be used to give the reader an idea of the VAT issue that can arise with the sale of any yacht, irrespective of its size.

Company owned yachts are usually clear in their VAT paid status in that if they have been purchased by a company with a bona fide EU VAT number then the VAT will have been reclaimed. It’s important we get a new invoice with that VAT number made out to private individual or some form of undertaking from that company that VAT has not been reclaimed.

On occasion we have even been asked by buyers Lawyers to provide the physical evidence (bank statement) that the VAT has been paid. It is my opinion that this is a step too far. Since companies are not legally obliged to hold records for more than 6 years this is simply impractical. Yacht owners should always keep copies or Certified copies onboard their yacht and keep the Original documents securely.

In the EU, a yacht that is on TI or temporary importation can remain in EU waters for a period of 18 months. In the UK it is the physical act of crossing International Waters into UK territorial waters that triggers the TI but it’s still as well to let Customs know that you have entered UK or EU waters. TI is more often used in the Mediterranean relating to large yachts when non-EU domiciled owners can keep their yachts VAT free. Most European countries allow yachts to be marketed for sale and to be used freely whilst under TI. Owners must be careful though, one recent case in Monaco saw a Russian national living in Moscow who invited his parents who were Monegasque residents, to use his yacht / crew in his absence. The Douane swooped and charged VAT/TVA at the rate they estimated the value of the yacht to be when it entered European waters 12 months previously, plus a substantial fine.  A yacht on UK TI cannot be offered for sale unless you instruct a broker who can operate the Customs Warehouse scheme, but this means the vessel cannot be used while she is for sale and has to be kept in a designated area within a Marina which has a ‘bonded’ zone.

There are some older boats that are now in free circulation which have never had VAT paid. They may be in EU waters, never owned by a company and can now remain legally within EU waters as Yachts can be ‘deemed’ as VAT paid if the owner can prove that the yacht was in EU waters on or before 31st December 1992. I have had personal experience in the South of France on a Swan 65 some years ago where the boat was arrested and then we were able to get her released by providing documentary evidence that she was deemed to be VAT paid.

Although brokers cannot guarantee a yachts VAT paid status, we can do a lot of work to get the appropriate documents that allow her to remain legally within the EU. It is a case of ‘buyer beware’ and seek advice if you are in any doubt.

The UK HMRC has provided a very useful document, Customs Notice 8 which gives an excellent overview of the UK interpretation to EU VAT and yachts. The basics are you should carry a Bill of Sale (between two private individuals in the UK) which, although not conclusive proof that VAT has been paid, will indicate to foreign officials that the tax status of your boat is the responsibility of UK Customs. If you yacht has a questionable VAT status it is as well to check the port of entry in another EU country what their requirements for VAT status might be. You won’t get a clear answer all the time but being prepared often avoids costly and troublesome questions from other Customs officers.

It is important to consider the VAT status of a boat when buying or selling second-hand boats and a prospective purchaser should check this at an early stage in the negotiations. In the UK Part I or Part III Registration details do not prove VAT status as there is no link between the registry of a boat (in the UK) and the payment of VAT. This is not the case in France and Italy for example where the fiscal and registration authorities are linked if privately registered. Evidence that the boat has the status of Union Goods with Freedom of movement throughout the European Union (EU) is a basic principal of the EU which applies both to goods made and supplied in the Union and to goods which have been imported and released for free circulation.

Generally the larger yachts have and do take part in ways of mitigating the amount of VAT that is paid by utilising legal ownership vehicles including leasing structures. France, Italy do operate these structures but the most common at the moment is arguably Malta. Yachts leased under the Malta Leasing Scheme are considered to be VAT paid and in free circulation; however new business has been stopped, it no longer exists as an option to boat buyers.  We can give advice of specific leasing structures and how they work and welcome specific enquiries if you have a particular question on this subject. We can for example advise you on Monaco Leasing.

A colleague of mine cited a case recently where the seller stated that his Management company had ‘all the proof you will ever need that VAT has been paid’ – It was at the time a 10 year old boat which had been run as a commercial vessel when it was new and then brought into private ownership three years later. When pressed repeatedly for the documentation the Management company sent him a copy of a cheque written out 7 years ago and payable to HMRC for £ 227,000 or thereabouts! There was nothing from HMRC to say that they had received it. No bank statements, nor anything else. It was one of these awkward times when there is no right answer. Jonathan wrote to the written enquiries department at HMRC as they would not divulge any information on the telephone. The reply 10 days later was that the record keeping at HMRC did not go back that far and that they had no information! By this time a buyer had been found who In the end took a view that he wanted the boat anyway and went ahead with the purchase. To date the buyer who still owns the boat in question has never been questioned by Customs/Douane agents.

If you are in any doubt or have any questions for example – Should the ‘Protocol of Delivery and Acceptance’ be signed at the quayside or in International Waters? Then ask away – we are here to help.